I’m a 38 year old male from New Jersey. I herniated my L4-L5 disk playing sports when I was 14 years old. I went through several years of chiropractic, physical therapy, yoga, and acupuncture treatment but nothing stuck. I spent most of my high school time limping and standing in the back of the class because I couldn’t sit.

At 17 (in 1998) I had a diskectomy/laminactomy with an immediate improvement. I spent a few days in the hospital, a week at home on pain killers, went back to my summer job 2-3 weeks after that, and resumed normal teenage life.

At 18, 1.5 years after the surgery, I fell hard playing sports and the disk shifted again. The pain was unbearable. I was on opioids, couldn’t sleep more than 3 hours in a row, and was about to take a leave from college to have another surgery. Luckily the pain subsided and I was able to finish the school year and forget about my back for years.

I played light sports and went to the gym throughout my early 20s. I had a few relapses in my late 20-early 30s, which were handled with opioids and PT. All episodes ended within 2-3 months and I was able to function through them.

At 35 (in 2016) I had a major relapse episode that left me completely immobile. Pain killers and PT were not enough to control or improve it. I ended up in the ER and underwent an emergency laminactomy, which was an instant relief. I was told that I could go about my life, including lifting weights, because “there was no disk left to damage” at that level and all other levels were healthy.

At 37 (in 2018) the same pain flared up again. Another herniation at L4-L5. 2 epidural injections didn’t help (the nerve canal was too tight). PT led to an improvement but minor flareups followed if my activity increased. All doctors involved agreed that disk fusion was the next logical step for short and long term relief. A 3rd laminactomy was on the table, but was unlikely to result in long term success. 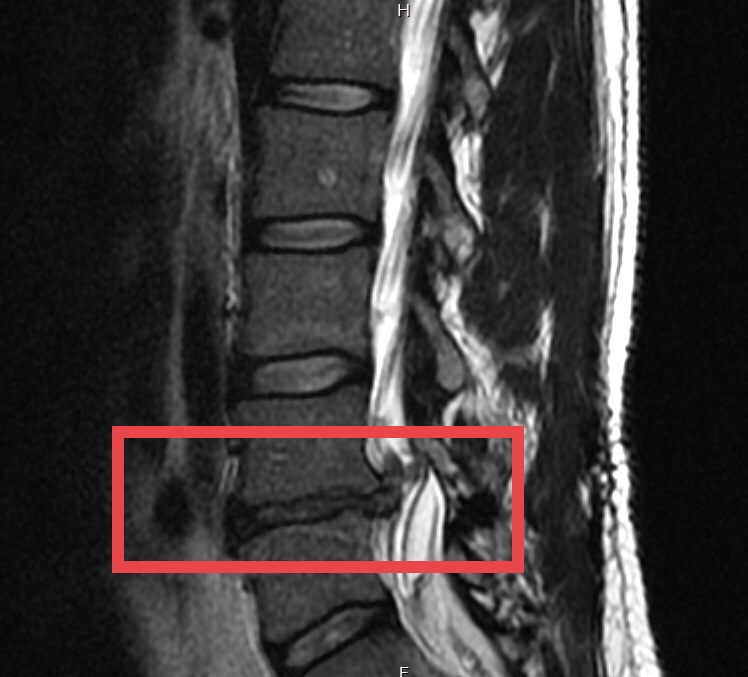 I read many articles and blogs about lumbar fusion and I was terrified. The internet is full of horror stories. There a few positive blogs that I liked — Mommy Runs It and Fritz’s Pain Support thread. I also watched a number of youtube vlogs like Billy’s. I also spoke with 5 acquaintances who’ve had 2-6(!) levels fused and all were happy with the results.

My surgeon assured me that a single level fusion for a healthy non-smoker of my age was relatively low risk. Given my age, the surgeon opted for a posterior approach as an anterior approach risks damaging nerves in men. The procedure was “L4-L5 PLIF with TLIF.” The surgery would take ~2 hours with a 2 night hospital stay. The first 2 weeks will be “the worst pain I’ve ever had” then steady improvements until 3 months.

I have a desk job but a complex commute into NYC that involves trains, buses, and automobiles. I’ll likely be able to work from home after 4-6 weeks, when I can sit long enough, and commute after 2.5-3 months. 3 months is a critical point when most limitations are removed. I’d be back to normal at 6 months and “could run a marathon” after 12-18 months. I scheduled 3 months of disability leave. I’m having surgery in early March and my goals are to be active during the summer, start exercising in the Fall, and ski next Winter.

I continued PT, which started 4 month prior, until the surgery. The doctors felt that stronger, more flexible muscles pre-op would improve recovery. I was fitted for a back brace, got a 5/325 Oxy prescription, and had pre-op blood work done a week before the surgery. The back brace was similar to a weight lifting belt made of plastic and foam with velcro straps. The brace was less supportive and restrictive than I expected, it is meant to to act more as a reminder to limit activity rather than actual support.

While I have a long history of back pain, the month preceding surgery was uneventful — the pain was under control and PT helped maintain mobility. I spent several weekends before surgery taking care of household things that I wouldn’t be able to do and didn’t want to burden my wife with. Things I bought in anticipation of the pain and no bending/twisting/lifting limitations:

In this hospital at 5:30AM for a 7:30AM start. Filled out paperwork, met the various doctors, etc. Was happy to see a neurologist(?) who was going to attach sensors to my head, arms, and legs to monitor nerve health. Started on time, surgery was expected to take 2 hours but took 3 — a lot scar tissue from prior surgeries narrowed the nerve canal and had to be cleaned up.

Woke up before noon with incision site pain. Had a Dilaudid IV with a button and had to use it a few times to numb the pain. There was also a hemovac that drained blood from the incision. Was in my room around 1PM and generally felt good. Had to stand up and walk up and down the hallways around 5PM. It felt good to walk around but the muscle weakness was very evident. Was offered Oxy for pain, but didn’t need it, settled for Tylenol and an occasional Dilaudid dose through the night. I was obviously still under surgical anesthetics. Walked one more time before bed. Didn’t sleep well through the night, as expected, due to pain and general soreness.

The pain is a little worse so I asked for Oxy and trying not use the Dilauded IV. Still feeling pretty good, can stand up, walk, and sit a bit more than yesterday. Surgical anesthesia is obviously wearing off and muscle soreness is getting worse, was told that it’ll wear off completely after 3-4 days so I should expect it to get worse.

By late morning my pain was manageable, I could go to the bathroom, and was walking and sitting comfortably. I was told that I may be discharged early if the PT and doctor assessments were good. I wasn’t enjoying this stay so I was happy to hear that! PT evaluation went fine — I could walk 100 (or was it 50?) ft, climb a few stairs, get in an out of bed and chair. The surgeon’s PA checked in, removed the hemovac and signed off on the discharge. I was told to expect the pain to increase over the next 4 days and no bowel movement for up to a week. I was on my way home by 3PM! A full day earlier than expected.

The walk to the car was slow and hard. My wife’s Subaru Forester is the ideal height to get in and it was still hard. I wouldn’t be able to get into a low sedan. The 10 minute ride home sucked — I felt every single bump.

At home things got worse — the pain kicked in, muscle soreness and weakness increased, started getting chills and feeling generally crappy. Opiods’ impact on my bowels become noticeable. I slept the rest of the day.

The surgical anesthetic is obviously still wearing off. Incision pain and muscle soreness have increased. I’m still trying to figure out how to get in and out of bed and turn over in bed. Lower back muscles just feel weak and non-responsive. This is way worse than post-laminectomy recovery.

The incision is larger than expected — a solid 6″ vs. ~2″ from previous laminectomies. And I have 25 staples holding it together. Not sure why the Dr. chose staples over dissolving stitches or glue.

Every step is a conscious effort, particularly walking up and down stairs. I’m constantly afraid that I’ll lose balance. Still have chills and a low grade fever and feeling crappy. Cold sweat either from the fever or Oxy. Settled into the 5/325 Oxy dose every 4 hours. My stomach is starting to feel worse…feeling more bloated. Started Colace and Milk of Magnesia, a 15 minute stomach massage really helped.

Was able to walk around the block (~1/8 mile) outside which was more tiring than expected. Pacing around the house most of the day — generally 1 hour of standing/walking for 2 hours of bed. Trying to keep good track of pain medication — Oxy dosing and total daily acetamenophen dosage — in my head. In hindsight, should’ve been writing them down.

Feeling a bit better today. Walking around quite a bit, walked around a small block twice (~1/4 mile). Oxy every 4 hours is still effective but my stomach is feeling more bloated, starting to bother me more than the back pain. Watched TV for a few hours sitting and standing. Pretty good day overall — the pain is manageable, starting to get the hang of things around the house, very happy with my mobility outside.

Really paying for all the walking outside the previous day. Incision and muscle soreness is real. I had to get up a few times at night to walk off the pain while waiting for pain killers to kick in. Had to increase pain killer dosage — either double Oxy dose or added 500mg Tylenol to the normal dose. Had to take a muscle relaxant too. A lot less mobile today so trying to stay in bed more. Went outside and walked for 1/4 mile which was harder than the previous day. Sciatica and numbness on my right leg is getting worse with occassional shooting pain.

Good news — my stomach feels better and back muscles feel stronger and more responsive. I’m having an easier time maneuvering in bed, sitting down, and climbing stairs.